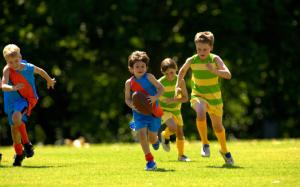 The following bulleted items are compiled from articles written by economists, not by fundraisers (with the single exception of #1 in the sources listed below).

As such, the research comes from empirical studies--both lab studies and field studies--accomplished over the past 10 years. Studies ranged in size from 3,000 to 50,000 participants.

Observations and Conclusions about Challenge and Matching Grants:

A Challenge Grant is paid if and when your organization is able to raise sufficient additional funds from other sources, which may be used to stimulate giving from other donors.

A Matching Gift, also known as a Matching Fund, is a gift made to your organization by a matching donor (e.g., a foundation) under the provision that another donor (e.g., an individual) first makes a gift toward that organization.

1. With a Challenge Grant, everyone wins.

A Challenge Grant will energize a campaign with your plan to multiply gifts from the Board, from current annual fund donors who have major giving potential, and to seek major new gifts from individuals, corporations and foundations. (Source #1)

The experiment increased seed money from 10% to 67%, which subsequently yielded a sixfold increase in contributions, with significant effects on both participation and average gift size. This is a good example for the rational of not going public in a campaign until near or past the 50% to goal mark. But it's not relevant to large campaigns only-–it works the same for annual fund or special projects. (Source #3)

It increases both a) the revenue per solicitation and b) the probability that an individual donates. (Source #6)

5. Simply announcing that a match is available increases the revenue per solicitation.

And it does so considerably--by 19%. In addition, the match offer significantly increases the probability that an individual donates--by 22%. (Source #5)

7. The target number for the campaign affects gift size.

The study done in Source #4 found that increasing the monetary target of the fundraising campaign has a significant effect on the size of the average gift.

8. This explains the rationale for a comprehensive campaign.

Note that a "comprehensive" campaign is one that includes estate commitments.

9. Contributions to capital campaigns increase with the value of leadership gifts.

The evidence strongly suggests this. (Source #2)

Let all potential donors know that their contributed dollars will “multiply” for the good of your organization, and let them know it often. (Source #1)