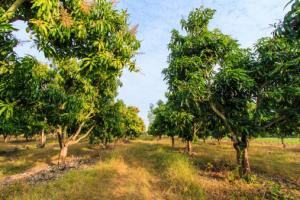 We are convinced that the undivided partial interest (UPI) gift is a hugely advantageous and yet totally underutilized gift-planning tool.

There may be several hoops to jump through, but making those leaps happen is the role of the gift planning office. The role of the gift officer, meanwhile, is to bring up the UPI with the donor/prospect and explain the concept in enough detail to pique their interest for a more in-depth discussion.

As such, in your meetings with donors and prospects, you should be certain to regularly inquire if they are planning to sell anything in the near future. When they answer that question in the affirmative, be prepared to ask what they will be selling, and when appropriate (which is often), your follow up may be "Are you aware of the options available via an UPI-designed gift?"

Here's an example of perhaps the most common use of a UPI gift:

A donor owns a painting and makes a UPI gift of three twelfths of it to a museum. This yields months of each year during which the museum can hang the painting, while for the other 9 months the donor may hang on the wall of their own property.

Now take that functionality and apply it another way:

A donor wants to give outright to your organization 5 acres (50%) of a 10-acre tree lot they own. The trees are valuable for their lumber, but the donor intends to retain the trees (crop). There will no charitable deduction allowed.

NOTE: See the bottom of this page for exceptions that DO qualify for a Charitable Deduction.

Now, it's a given that after your organization does its due diligence, and after creating a detailed morandum of understanding (MOU) describing the relationship and the shaping of the gift, it would love to have a 50% undivided partial interest in the entire property (including the trees). In this scenario, it would be preferable for this gift to be received immediately before the donor is going to sell the property.

There are several important aspects to the UPI gift, so let's consider the gift officer's role in more detail.

George Jones mentions that in his recent divorce settlement he became the owner of the family summer home in the mountains several hundred miles away. He continues by saying it his intention to sell the property as it no longer holds interest to him.  What do you do?

Next, set up a subsequent visit:

You might say, “May we set up a visit to dig deeper into using this asset to make the most tax-efficient gift, and might I have my gift planning expert accompany me?”

Having your team's gift planning expert with you on the next visit frees you up--the burden of knowing every detail of how to make a successful UPI gift for this particular type of asset is not on your shoulders. Yet your familiarity with how and for what assets the UPI gift works is what opened the door for a gift that's both tax-advantaged for the donor and yields direct benefits to your organization.

There are some exceptions to the partial interest rules--assets that DO generate immediate charitable income tax and estate tax deductions. They are:

For more details on UPI gifts and how they need to be executed, please see the following pages in this section: