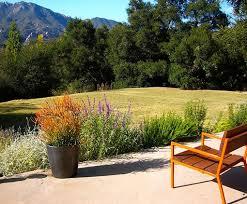 A few days after a staff training session focused on gifts of real estate, a relatively new gift officer named Russell left his office in the Midwest for a week of donor visits.

During one stop, he had a 'qualifying' visit with an elderly couple in Malibu, CA.

This couple, the Rothrocks, had never previously been visited by anyone from Russell's organization. They had made a few annual fund gifts, which is what prompted the qualifying visit.

Training sessions had taught Russell that he was expected to ask, "Will you be selling anything this year?" during every visit. Near the close of their conversation, he asked Mr. and Mrs. Rothrock that question, and they replied that they had a second home in the mountains behind Malibu they were trying to sell.

They hadn't used the home for a few years and it had been sitting on the market for months, with very little activity or genuine interest. They were frustrated, and were ready to be free from the ongoing maintenance, security and other costs and hassles associated with an unoccupied property.

Russell admitted he did not have the expertise to answer most of the questions they had about gifting the property, but he was astute enough to see an opportunity and he knew what to do next.

More discussion led to Russell calling the office of gift planning. The staff person in the gift planning office was able to answer the Rothrock's questions. That led to the Director of Gift Planning flying out the following day, and, together with Russell, meeting with the Rothrocks at their home in Malibu.

At the time of the initial visit, the couple had never considered making a $2M gift to anyone, ever. However, with Russell asking the right questions, and sensing the right time to get a colleague involved, annual fund donors were transformed into very major donors.

After proper due diligence by Russell's charity, the property was transferred to the charity - along with a cash gift to help cover marketing and selling expenses.

Takeaways from Russell and the Rothrocks:

1. Success is not defined by knowing all the answers. Rather, by knowing the right questions to ask (and when to ask them), and by sensing the right time in the relationship to bring a colleague into the mix.

2. Remember, gift planning is a team sport, and should be thought of that way by everyone on the team. If you play well with others, good things will happen- more quickly and more frequently-in your donor relationships.