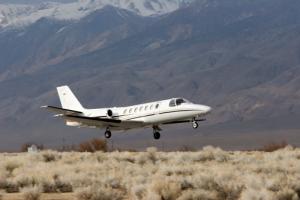 Sometimes It's an Art

A charitable organization's president and major gifts officer (MGO) were at a meeting with a donor prospect in his office. On the table was a model airplane. During the early pleasantries of the meeting, the donor shared that it's a miniature of his new plane, of which he was to soon take possession.

The meeting agenda planned by the president and MGO had two key elements: first, to ask for the first gift from the donor prospect, and second to frame it as an intended step gift that would allow the charity to demonstrate why they deserve his support, and in the process allow the charity to get to know him better.

The president was well-prepared and asked for the gift. The donor hesitated, clearly surprised by the size of the ask. As planned, the president and the MGO remained silent. However, the silence didn't prevent the MGO from reaching over and sliding the airplane model to the center of the table. The donor broke into a big smile and simply said, "You are right. I can -- I want to -- I will."

Can we say for certain that the prompt of sliding the airplane into everyone's view made a difference? The President and the MGO came away convinced that it was the move that secured the gift.

How did the MGO have the confidence to make the move of reaching for the airplane model?

She did her homework. She had studied the donor prospect, and had observed that he was a visual learner, that he was assertive, and that he expected the best. The MGO addressed all three of those characteristics without saying a word.

There's more about strategies for meeting with donors in the Donor Visit Course, including here.