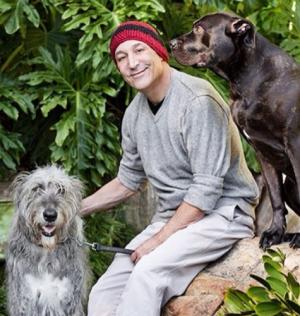 The Simpsons co-creator Sam Simon has announced publicly that he has terminal colon cancer and plans to give his fortune to charity.

As someone who a) has a sizable fortune that continues to grow, b) is a long-time philanthropist whose history of giving has supported a number of causes (and funded a foundation), and c) knows in certain terms that he has at most a few months to live, Simon has a truly interesting perspective on effective philanthropy and what he as a major donor expects.

In a word: Results. He wants to see results. In an interview with him on The Hollywood Reporter, the magazine mentions "You said to Marc Maron on his podcast that you've been aggressive about the giving you've done, that you are giving most of all you can give. At what point did you feel morally compelled to go all the way?"

Simon: One thing is, I get pleasure from it. I love it. I don't feel like it is an obligation. One of the things about animal rights, which is not the only thing that I care about in this world, is that your money can bring success. I see results. There is stuff happening, really good stuff, every week. I'm not sure you get that with a lot of disease charities. If you were donating to environmental causes for the past 20 years, do you think your money is doing anything? Because I don't, and I used to support some conservationist stuff--Sierra Club, World Wildlife Fund. They're treading water. Climate change is a big part of their problem. The environment has been destroyed, basically.

This is a wonderful example of how those who give have changed.

The ruling dynamic used to be one where the charity said, Give us the money and we'll do what is right. Sam Simon is a clear example of that dynamic not functioning anymore.

Whether through their own experience with giving or the broader philanthropic culture, donors want to track their money and its positive effects. They want to see results. If a charity--even one with a great vision--doesn't know how to vibrantly communicate what they are doing and robustly track the results, it's not going to survive.

THR: Do you get frustrated with bad things happening to good people? Like, why didn't someone else get this cancer?

Simon: No. I don't think that's what karma is. It never crossed my mind. But I don't think the spirit of Hollywood is such a spirit of generosity. I think people really begrudge giving. In New York, it's like that. A lot of charities spend a million dollars on a fundraiser to make $15,000. It's a social swirl. They do some great stuff and then--it's called mission drift. It becomes more about the parties.

This comes back to how all donors are different. How important it is to actually know them, and respect them, and not treat them the same. One might be totally turned off by the events, and another might love them. The individual relationship is so key because discovering each donor's preferences directly affects how we approach, solicit and thank them.

Simon: You know, I'm not married, and I don't have kids. I had an emergency operation when I was septic, and I really did come very close to dying. My colon cancer perforated my colon. When I woke up in the hospital, even though I did have a will, it did become that much more important to me to set this stuff up for the future. And the Rockefeller Foundation has consultants [Rockefeller Philanthropy Advisors] who have been amazing. We found fantastic trustees. It's something that will be living after I'm gone.

It is the truly exceptional foundation that doesn't eventually suffer from mission drift.

When talking about an end-of-life gift with a donor, you can aptly make the case for sunsetting foundations (i.e., ones that don't last forever, but instead let the donor set a time when they will be terminated), explaining that it does two things:

An MGO should be able to discuss the pluses and minuses of a foundation that lives forever versus one that terminates, as well as talking about the advantages of a foundation versus those of a donor advised fund. By reading a specific donor and communicating about the best options available to them and their specific goals, an MGO is able to be both most effective and truly unbiased as to the final decision a donor might make.