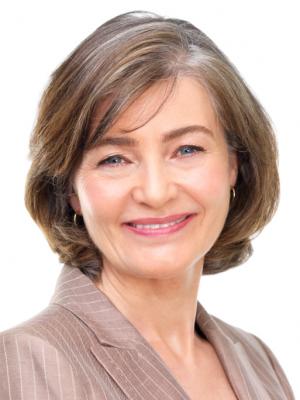 Jacqueline was three years into her MGO career when she first met with Denise, an alumnus of the school of engineering, class of ’72. They began building a warm relationship, and Jacqueline considered Denise to be a prospect for a major gift.

During one of their meetings, Jacqueline learned that Denise was beginning the process of getting her privately held company ready to be sold. She had launched the company herself and nurtured it for more than 30 years. The sale wasn’t imminent, but she had begun exploring her options.

Later, Jacqueline met with a colleague in gift planning to discuss how to respond to Denise’s question. The gift officer made it clear that the office was not in the business of providing legal advice, and therefore could do nothing more than provide general information, which was readily available on the web, for Denise to review. The office of gift planning gathered information and made the effort to put it in a user-friendly form for Denise’s convenience. The information did include a chart they prepared, that, in very general terms, compared a donor-advised fund (DAF) and a family foundation.

Jacqueline knew that no major gift would be in the offing until the company was sold or about to be sold. So for the next several months (18, as it turned out), her contacts with Denise were mostly email queries about the timing of the impending sale, reminding her that Jacqueline and her colleagues wanted to be of assistance in the planning of the sale, in mutual anticipation of a significant tax-advantaged gift.

In their last email exchange, Denise told Jacqueline that it was time to get together, and two weeks later they did so. Denise announced that, in addition to intending to make a major gift to the department of engineering, she had decided to direct the majority of her giving to a DAF, because she wanted more time to make her final decisions about how to direct her support over the long term. She went out of her way to make certain Jacqueline knew that the research she had done and support she'd provided via the FF and DAF materials had contributed to making her intended gift to the department of Engineering all the more important to her. Because Jacqueline had unselfishly shared information--even though it could have had a negative impact on gifts to her organization-- it was clear to Denise that Jacqueline had a sincere interest in helping her meet her objectives.

In short, Denise could tell that their relationship was not one in which Jacqueline’s only interests were the size and the timing of a major gift, and in the long run that dynamic of trust mattered a ton. Jacqueline added significant value to their relationship, and left the meeting with a major gift commitment that had not been formally solicited. All told, the gift was for more than she had expected--even after all their visits and correspondence.

Takeaways from Jacqueline and Denise

The fact that Jacqueline was able to add significant value to the integrity of the relationship is what paved the way for this wonderful gift. Jacqueline knew that a transactional solicitation along the lines of "you give, I take" was not the way to allow this donor to significantly impact her alma mater.

Denise needed to sense that she could make a difference, not just her resources. And her frank and forthright relationship with her MGO gave her that assurance.